ATLANTA, Ga. (March 15, 2018) – “Small Town Big Deal” can now be seen by our U.S. military men and women all over the world on the American Forces Network (AFN). The show began airing last fall on AFN. The network airs quality television programming to military... 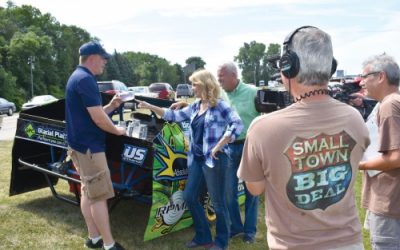 The co-hosts of television show Small Town Big Deal say the name tells viewers pretty much exactly what to expect. “We go all over America telling big deals in small towns,” said Rodney Miller, founder of the independent show. “We like to say Small Town Big Deal is our love letter to America,” cohost Jann Carl

The “Why I Farm Movement” honors American agriculture with a website that portrays stories of hard-working American farmers. But it’s not just about how hard they work – these are stories of real people and real farms guided by faith, dedication to families, and a...

(April 2017) – Small Town Big Deal, the television show that celebrates America, is doing a little celebration of its own after recently surpassing the 1 million mark in weekly viewership. The milestone was recorded for the six-month period of October 2015 through...

« Other Entries
Next Entries »